They say instrument making is a calling, rather than a career. You're drawn to it. Without a doubt that is true. It is rarely a case of "when I grow up I want to be a guitar maker". But that is how it was. I did grow up dreaming of making fine instruments. Working with the rock stars and musicians. It just took a while to get there...

I started my working life as a carpenter. It was ok, but the fine woodworking was what I gravitated towards. I transferred across to a cabinet making apprenticeship, and finished my time, achieving the highest marks recorded in our state's history. An apprentice of the year nomination was offered, but the competition wasn't for me. I just wanted to make 'stuff'. I was lucky to be working with a great team, but I needed more. A period of several years as a designer saw me get bored and uninterested, even if the money was more attractive and the workspace a bit cleaner, compared to being back 'on the bench'.

Guitars were my passion. If I wasn't practicing riffs and scales, I'd be sitting there staring at a guitar, trying to work out just how they work. I bored my work colleagues to tears with my constant claims that one day, I'll make a guitar. It would be amazing, I told them. And then one day, I decided I just had to do it; my new years resolution would be to build a guitar. It had to show off my skills as a woodworker, something a bit 'more' than a Les Paul or a Strat. It would have a carved single piece Quilt Maple body, and a carved back. The neck would be laminated, and deep set in. The fretboard would be inlaid with gold and silver Mother of Pearl. I'd bind the ebony fingerboard, and continue the inlay onto the headstock.

Making that guitar was the best thing I could have done. It was life changing. I no longer looked at how I could succeed in life financially... I quit my job, and sold my house.

Before long, as people began to learn of my first guitar, I had clients signed up for their own instruments. It was easier than they said it would be; "they" being other luthiers I'd chatted to. "You can't make a living doing this, it's impossible" was the general cry. I didn't care. Within 18 months of starting out full time, my waiting list had grown to two years. Within a few years, I'd been offered design roles, and later on, master luthier positions with some well known manufacturers. That lack of freedom didn't interest me, I'm not one for consulting with a board of directors. I look back at my body of work over the last ten years, and feel very proud. The feeling of finishing a guitar and plugging it in for the first time, or better still, watching one of my creations played live, is a feeling that will never wane.

This is what I do. 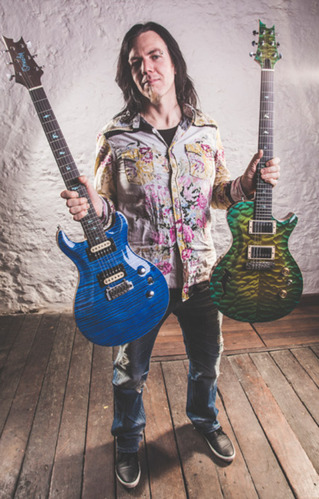 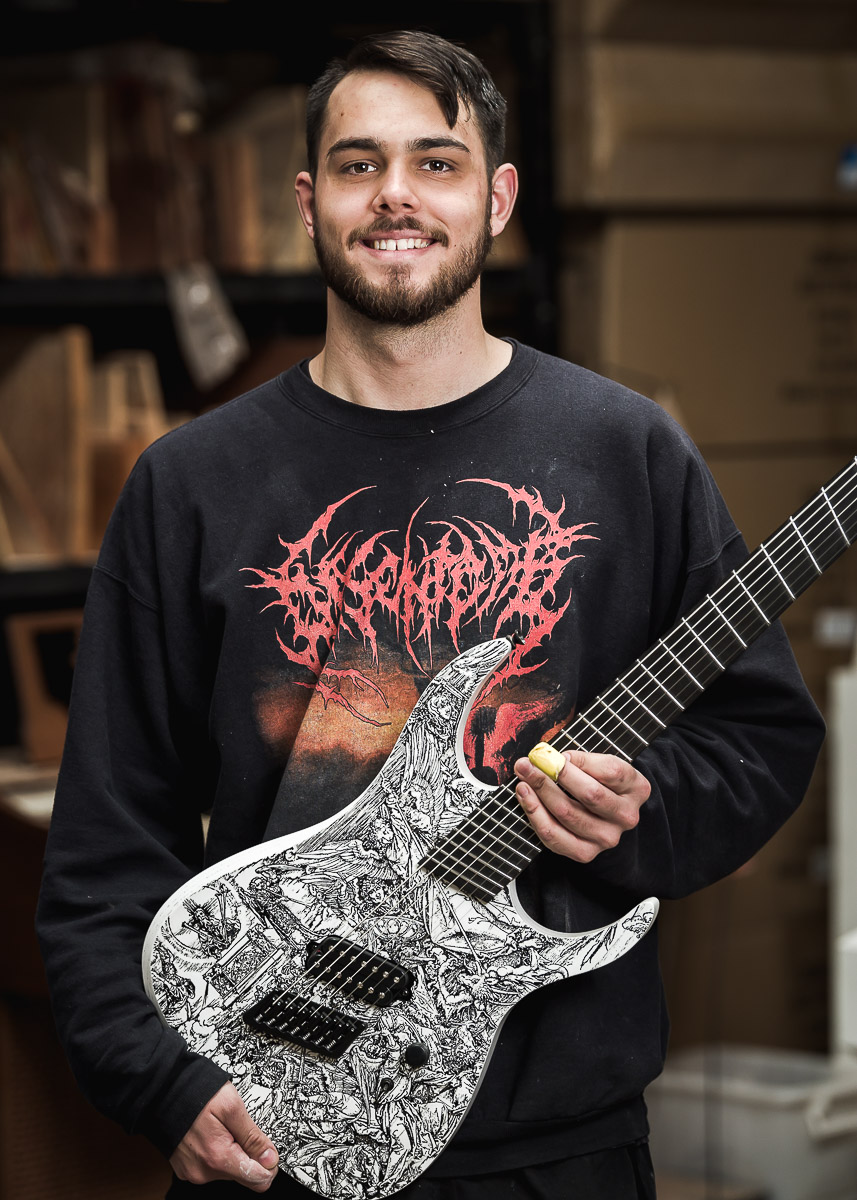 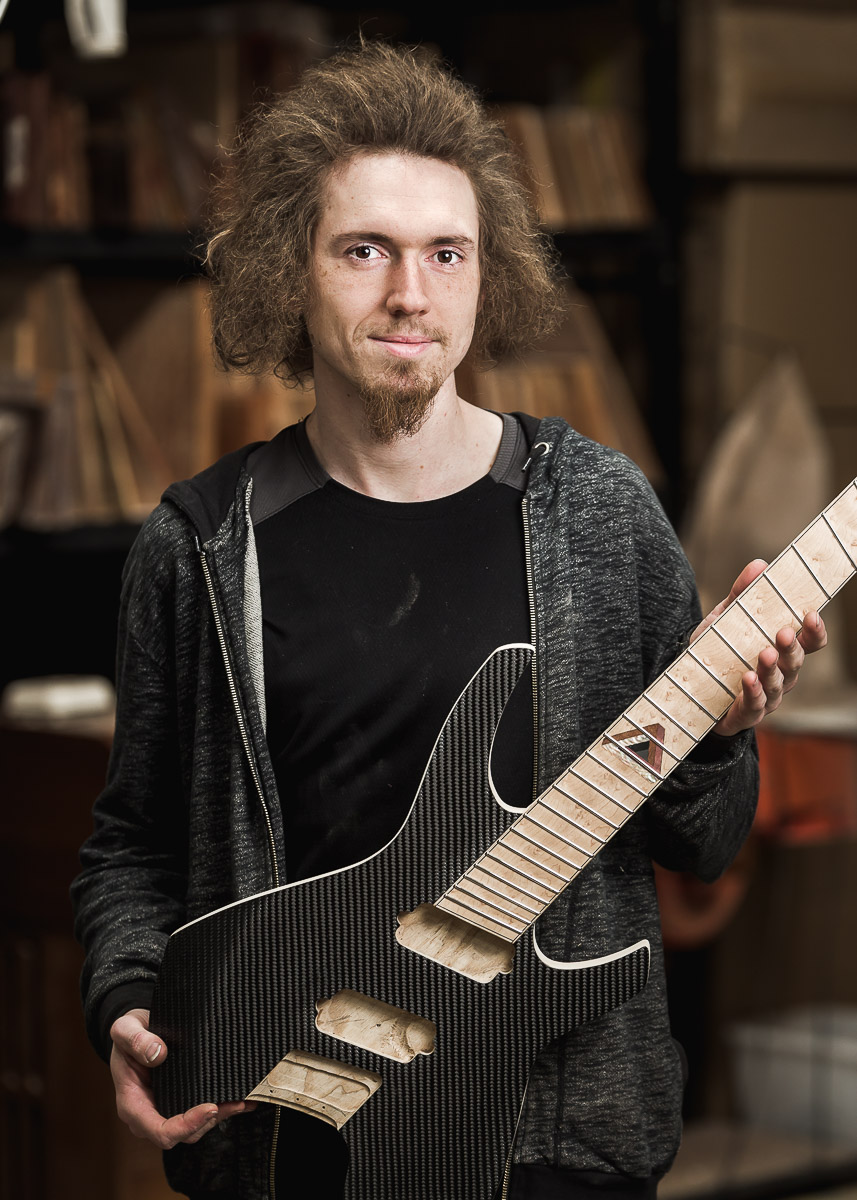 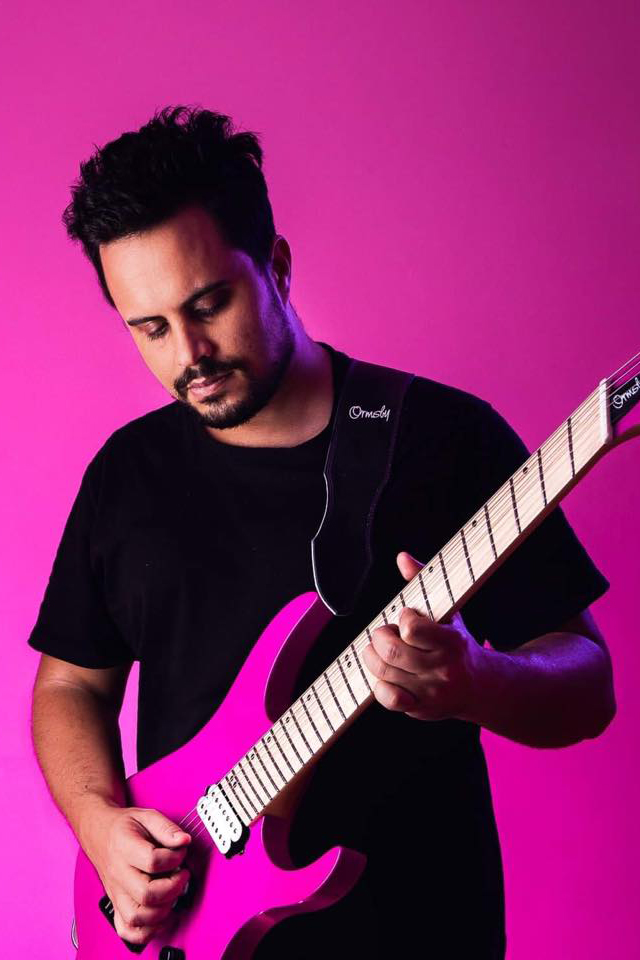 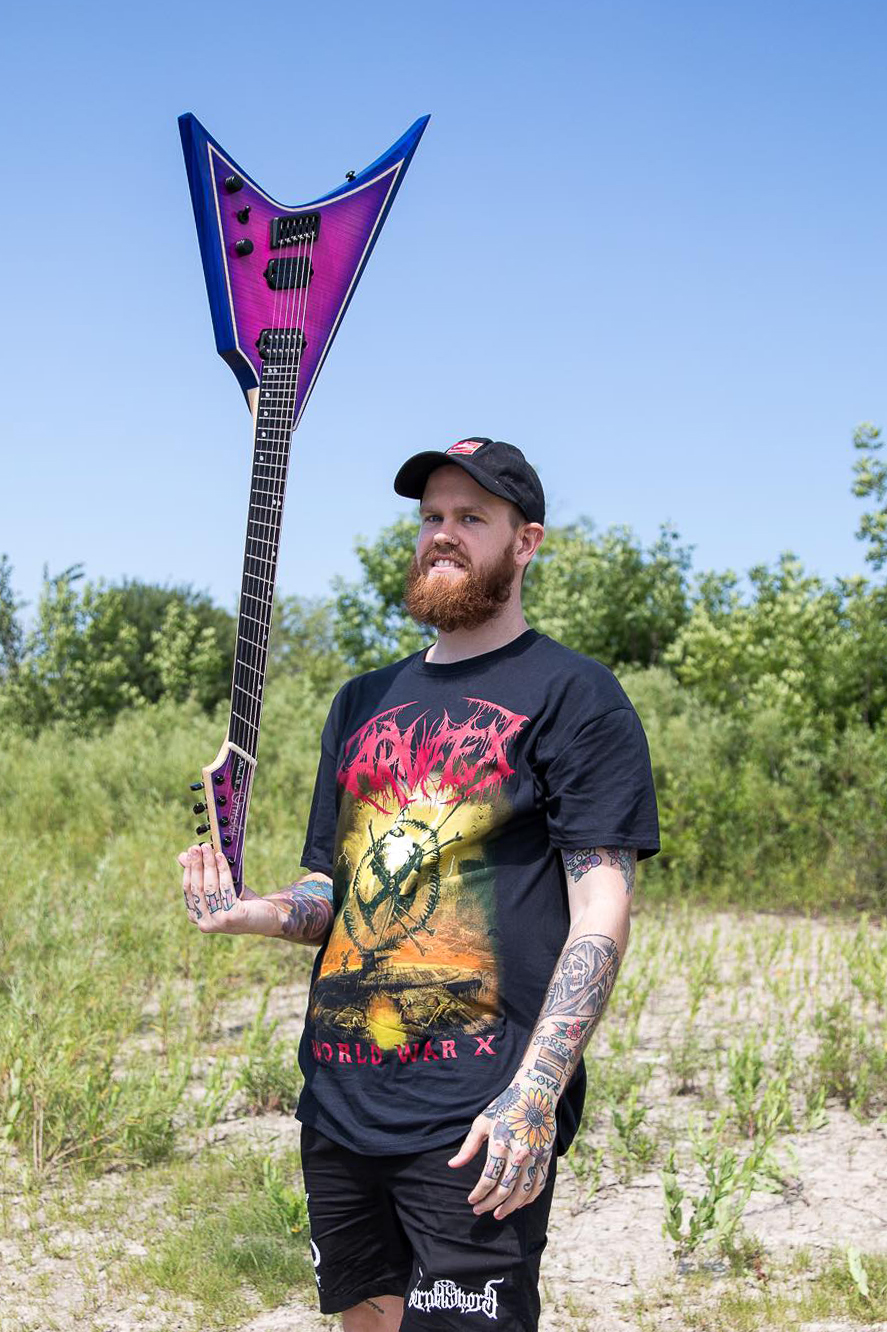 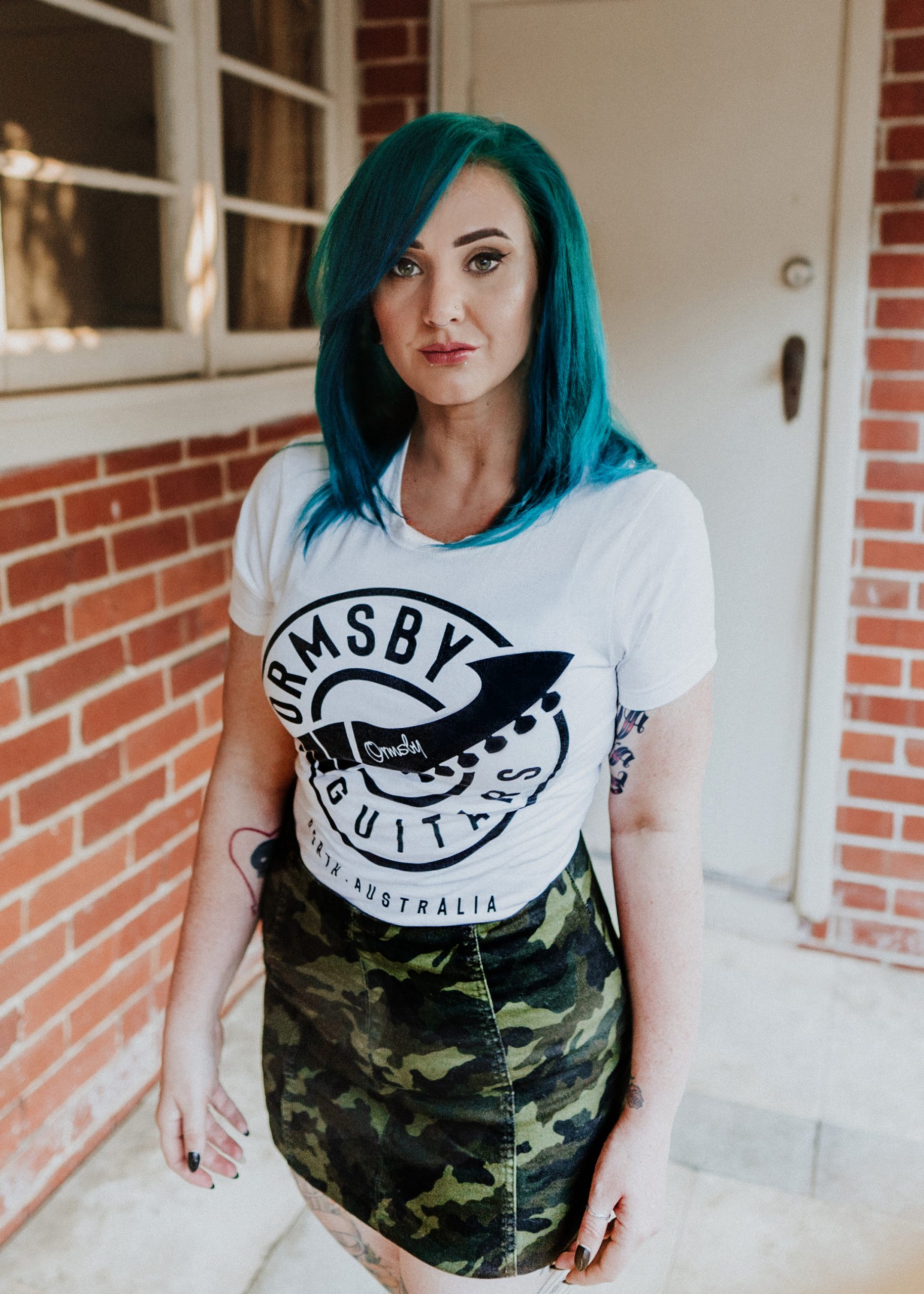 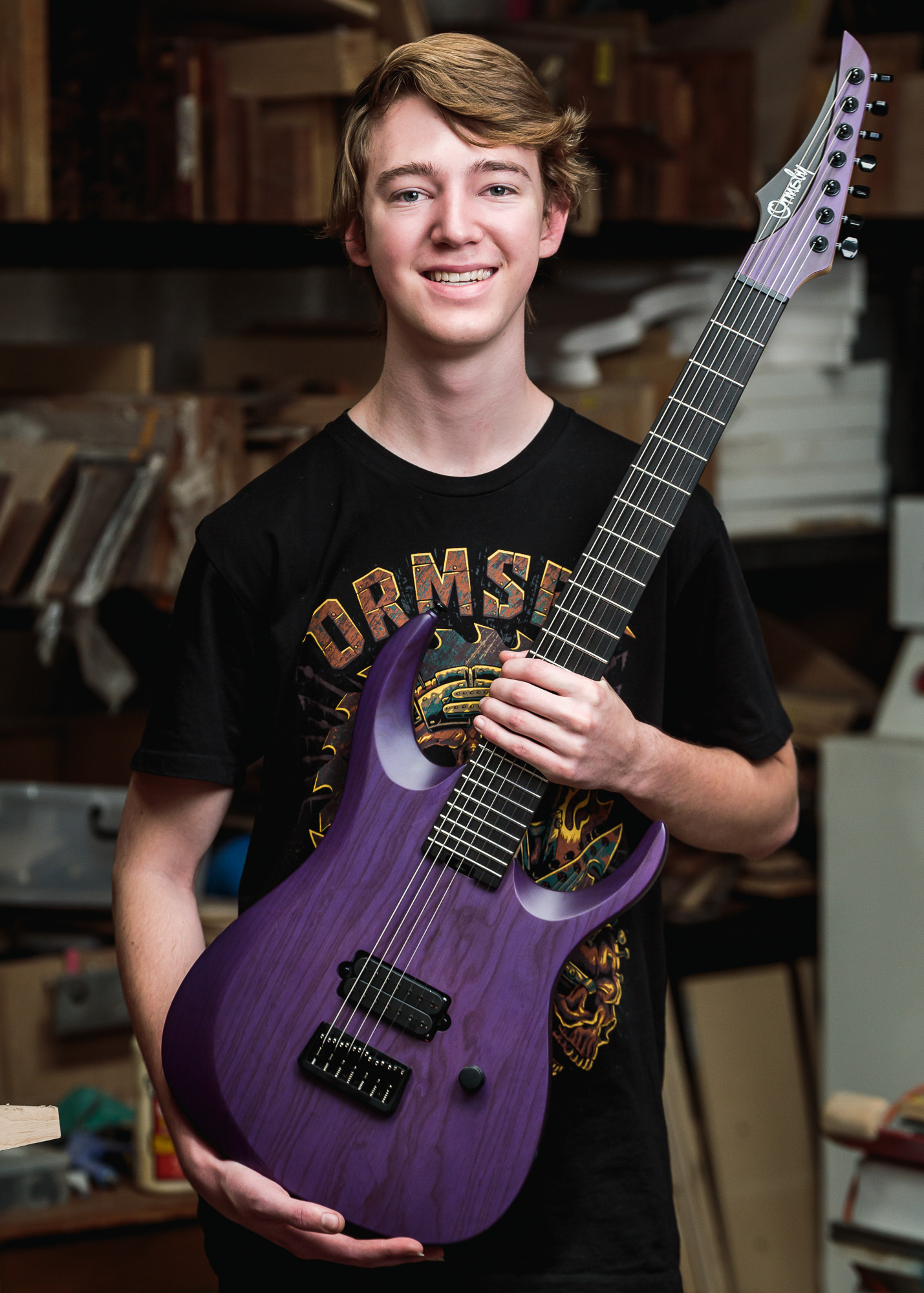